The National Millennial and Gen Z NMGZ Community is a think tank and volunteer organization composed of over 800 members and alumni globally; representing the rural, urban and remote regions. engaging the voices of younger generations via roundtable discussions, video conferences and dialogues with key business, government and thought leaders across America. Young generations spanning the U.S. represent more than 50 percent of our country’s population; and believe in creating a platform where dialogue is fueled by broadening awareness and understanding, advancing civility, and focusing on solutions.

Gathering of dear friends old and new as we bid farewell to our time in Beijing!

Collaborating with international Mosaic Master Artist Gertrud Mueller from Germany as she enlisted community members to contribute their artistic vision and skills for the launch and installment of the mosaic mural at the German Embassy School in Beijing.

Enjoying absolutely beautiful scenery and fresh air in Upstate New York after living and working in China over 5 and ½ years! I am refreshingly reminded of the bucolic ambiance and robust community developments taken place within such a remarkable span of time. Getting my mojo back and enjoying an exhilarating bike ride along the historic Erie Canal in New York State. 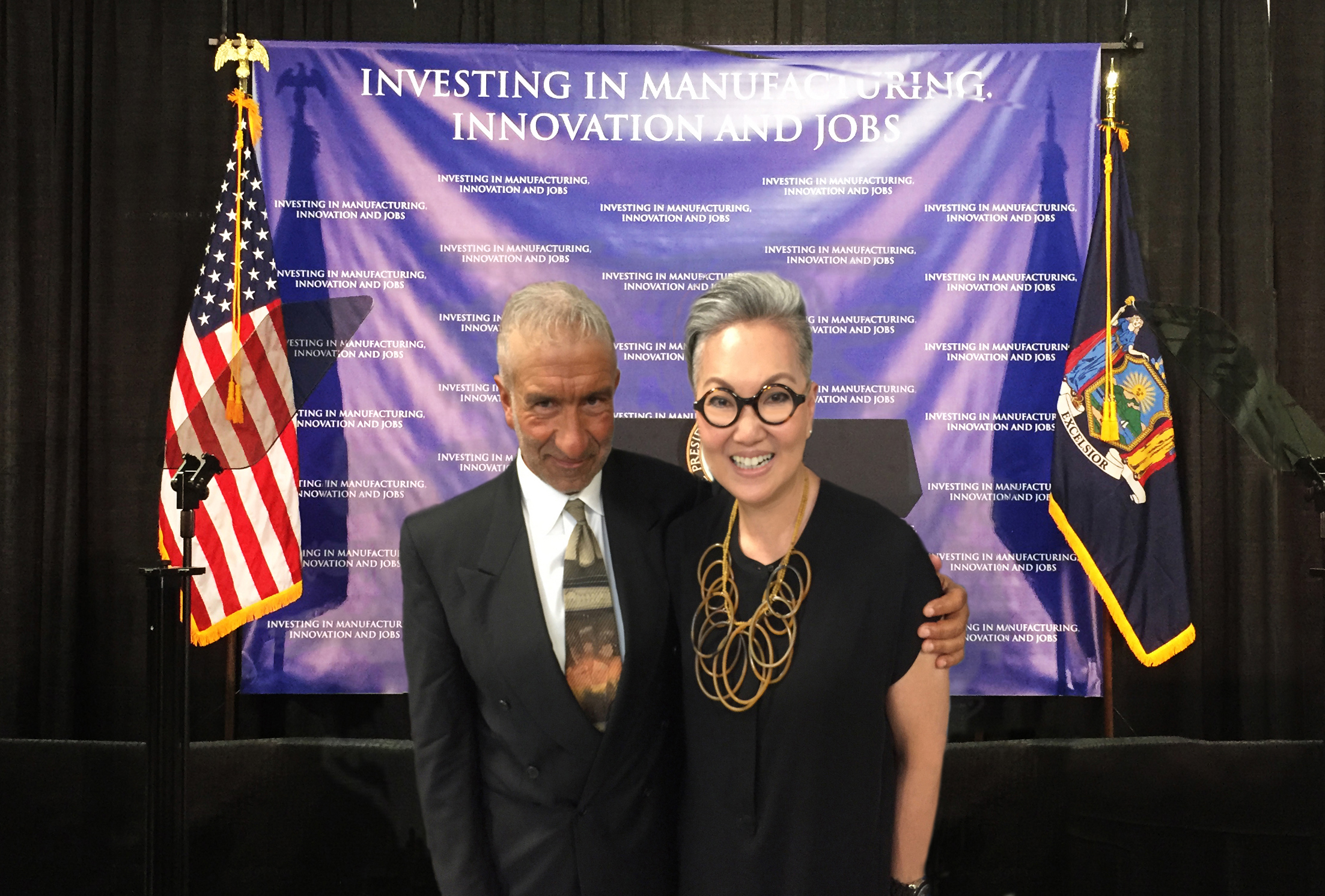 Governor Andrew M. Cuomo was joined today by Vice President Joe Biden to announce New York State has been selected by the Department of Defense to lead a prestigious, multi-state Integrated Photonics Institute for Manufacturing Innovation. The selection is part of a White House initiative to secure the United States’ global leadership in emerging technology research, development, and manufacturing. Photonics harnesses the power of light to move data at great speeds, and the research completed at the new Institute will integrate photonics components to revolutionize computer chips, making them more efficient smaller, and more reliable with a wide range of applications, including medical technology, defense, telecommunications, the Internet, and information technology.

A $110 million federal grant awarded to the SUNY Polytechnic-led “American Institute for Manufacturing Integrated Photonics” will support a high-tech consortium with business operations, a company incubator and accelerator, workforce training, and board of directors headquartered in Rochester. Total public and private investment in the Photonic Institute will exceed $600 million, including more than $250 million by New York State to equip, install, and make operational a state-of-the-art photonics prototyping hub. The institute’s work will create and support thousands of advanced research and manufacturing jobs including Upstate New York and the United States and lead to major advances within a wide range of practical applications.

“New York has always been a leader when it comes to thinking big about what tomorrow holds – and today in Rochester, we’re seeing an even brighter vision for what the future will be,” remarked Governor Cuomo. “This announcement is proof that the best is yet to come for New York’s high-tech industries. We’ve turned our economy around, we’re making the investments to keep it going, and this new Institute is another example of how Rochester is the vision for the economy of the future. I thank President Barack Obama, Vice President Joe Biden and Defense Secretary Ash Carter for recognizing New York’s potential and joining us to make this announcement possible.”

Establishing this first-ever photonics consortium will create a New York-led national infrastructure that is widely accessible and financially self-sustaining. It is designed to scale into the future; ensuring innovation is based on new technology developed in the United States. ýAdditional operations will be headquartered at the SUNY Polytechnic Albany NanoTech Campus in addition to the business headquarters in Rochester, leading to the attraction of thousands of high tech jobs to the Rochester area and across Upstate.

SUNY Polytechnic Institute President and CEO Dr. Alain E. Kaloyeros stated, “Under the pioneering vision of Governor Andrew Cuomo and the targeted investments in high-tech he continues to make across Upstate, when companies and governments look for leadership on innovation – they look to New York. Only Rochester and Albany have the talent and expertise to lead such a complex and promising national research consortium. With our partners across the country and with the support and guidance of Governor Cuomo and the Department of Defense, SUNY Poly will help usher in a new era of American dominance in the research, development, and manufacturing of advanced technologies.”

The Photonics Institute consists of more than 50 companies, 20 universities, 33 community colleges, and 16 non-profit organizations across 20 states including California and Massachusetts. Advanced photonics research will be centered at the SUNY Poly nanotechnology megaplex in Albany, SUNY Poly’s Canal Ponds and Smart Technology and Commercialization facilities in Rochester and Canandaigua, the University of Rochester, and the Rochester Institute of Technology. In addition to the Department of Defense, the Institute will work closely with government partners, including the Departments of Energy and Commerce, NASA, and the National Science Foundation.

Dr. Michael Liehr, AIM CEO and SUNY Poly Executive Vice President of Innovation and Technology and Vice President of Research said, “Today’s announcement is a testament to the outstanding team of industrial and academic leaders assembled by AIM Photonics and its plan to establish the U.S. as a global leader in this emerging technology. Being awarded the Integrated Photonics Institute for Manufacturing Innovation would not have been possible without the critical support of Governor Andrew Cuomo, whose pioneering leadership in establishing New York State’s globally recognized, high-tech R&D ecosystem has enabled historic economic growth. SUNY Poly is excited to be working with our partners on this initiative which will be truly transformational for both the industry and the nation.”

State University of New York Chancellor Nancy L. Zimpher said, “Headquartering a multi-state photonics center in the city of Rochester is a once-in-a-generation win for New York State and a testament to SUNY’s capacity to advance cutting-edge technologies and foster innovation. We look forward to partnering with our colleagues in higher education, government, and the private sector on this initiative, which will ensure that our students and faculty remain at the forefront of innovation in New York and across the country.”

Senator Charles E. Schumer said, “A new tech era officially begins in Rochester today. By combining the academic and research resources of the University of Rochester, Rochester Institute of Technology, and SUNY Polytechnic Institute, with the hundreds of New York photonics companies; Rochester is now well-positioned to lead the way in this cutting-edge industry.”

Congresswoman Louise Slaughter reiterated, “I’ve never fought harder and couldn’t be more proud to bring this manufacturing institute to Rochester. The innovations and jobs this institute will create will be a game changer for Rochester and the entire state. I’d like to thank the University of Rochester, RIT, Majority Leader Joe Morelle, Governor Cuomo, and industry leaders that partnered with me for more than three years to make this day a reality. This is a huge win that will shape our region’s economy for decades to come.”

Rochester Mayor Lovely Warren stated, “I was sitting in Vice President Biden’s office a year ago when he told me he would do everything possible to work with the President to help Rochester. Since then he has fully honored that commitment as evidenced by today’s photonics announcement. An announcement that would not have been possible without significant support from Governor Cuomo, who is also fully committed to seeing Rochester succeed. I am truly thankful to serve with people that are passionate about making Rochester a city with ample job opportunities, safe neighborhoods and quality schools for every one of its residents.”

Joel Seligman, President and CEO of the University of Rochester commented, “I want to thank Governor Cuomo for his extraordinary leadership, support and for helping convene the winning consortium. Today’s announcement is the culmination of several years of effort and advocacy, but would not have been possible without the Governor’s commitment. By establishing the headquarters in Rochester, we will be the global epicenter of photonics, ensure U.S. competitiveness and security, and help rebuild our region’s economy by building on our historic strengths and assets in optics and imaging.”

Rochester Institute of Technology President Dr. Bill Destler stated,“We applaud President Obama and Vice President Biden for recognizing the strategic importance of this industry, and choosing the New York state proposal to advance it. The Rochester region, with one of the largest photonics manufacturing hubs in the nation, plus academic centers with renowned work in microsystems, imaging science and packaging, is uniquely positioned to make great contributions in this field. We thank Senators Schumer and Gillibrand and Congresswoman Slaughter for their advocacy and leadership on behalf of our application, and we thank Gov. Cuomo for the very significant commitment of state funding that no doubt played a key role in helping us win this proposal.” 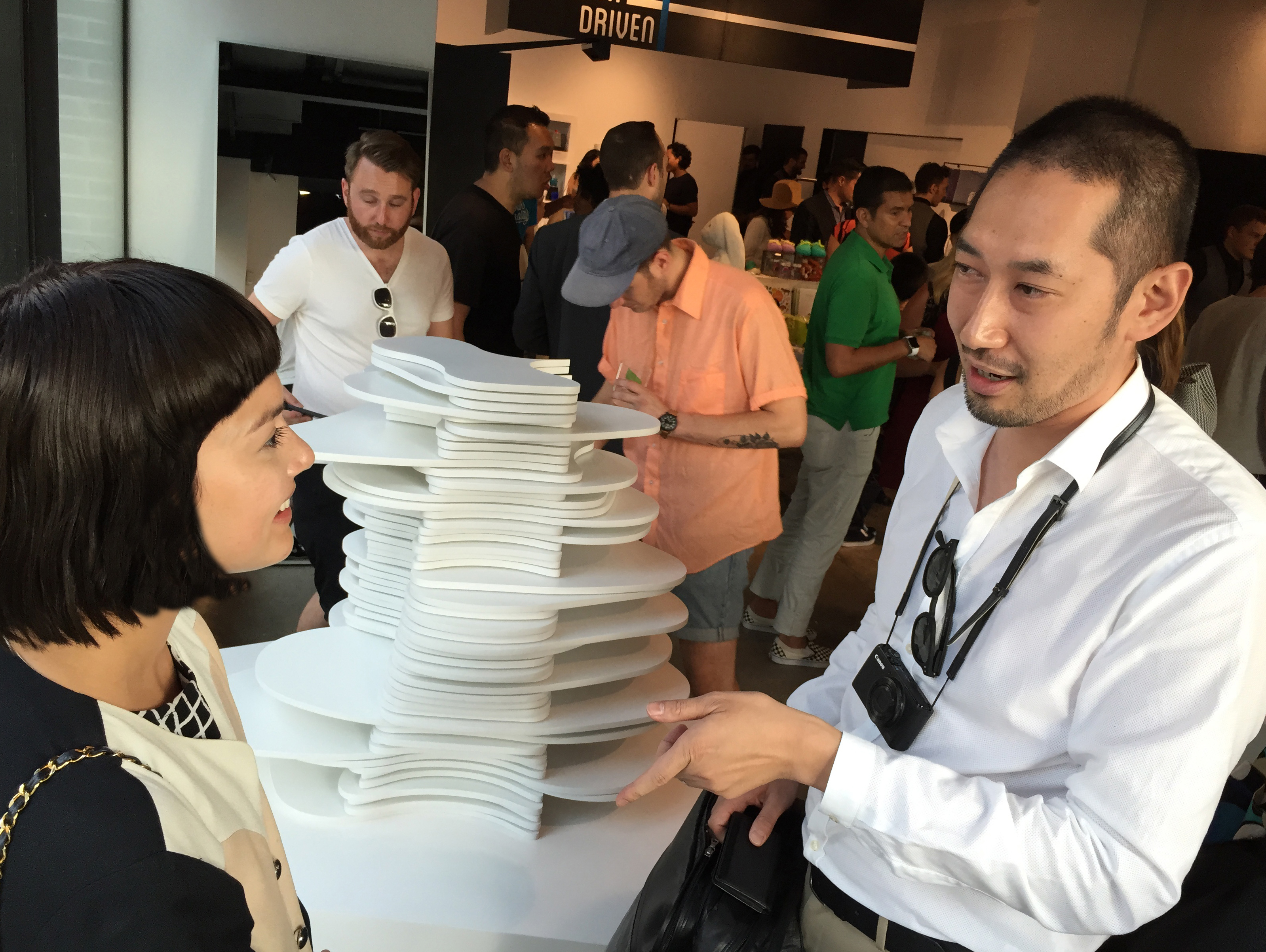 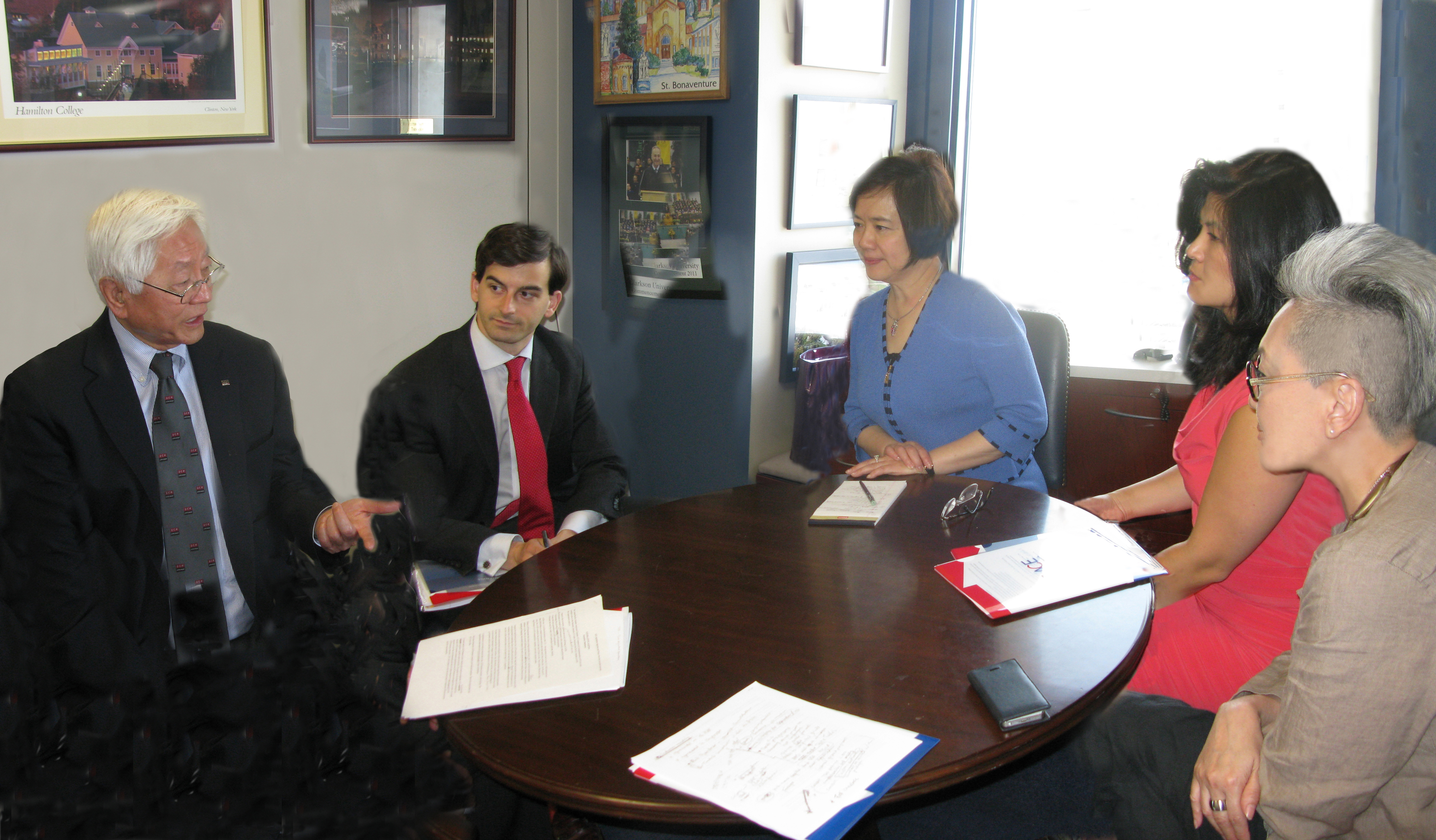 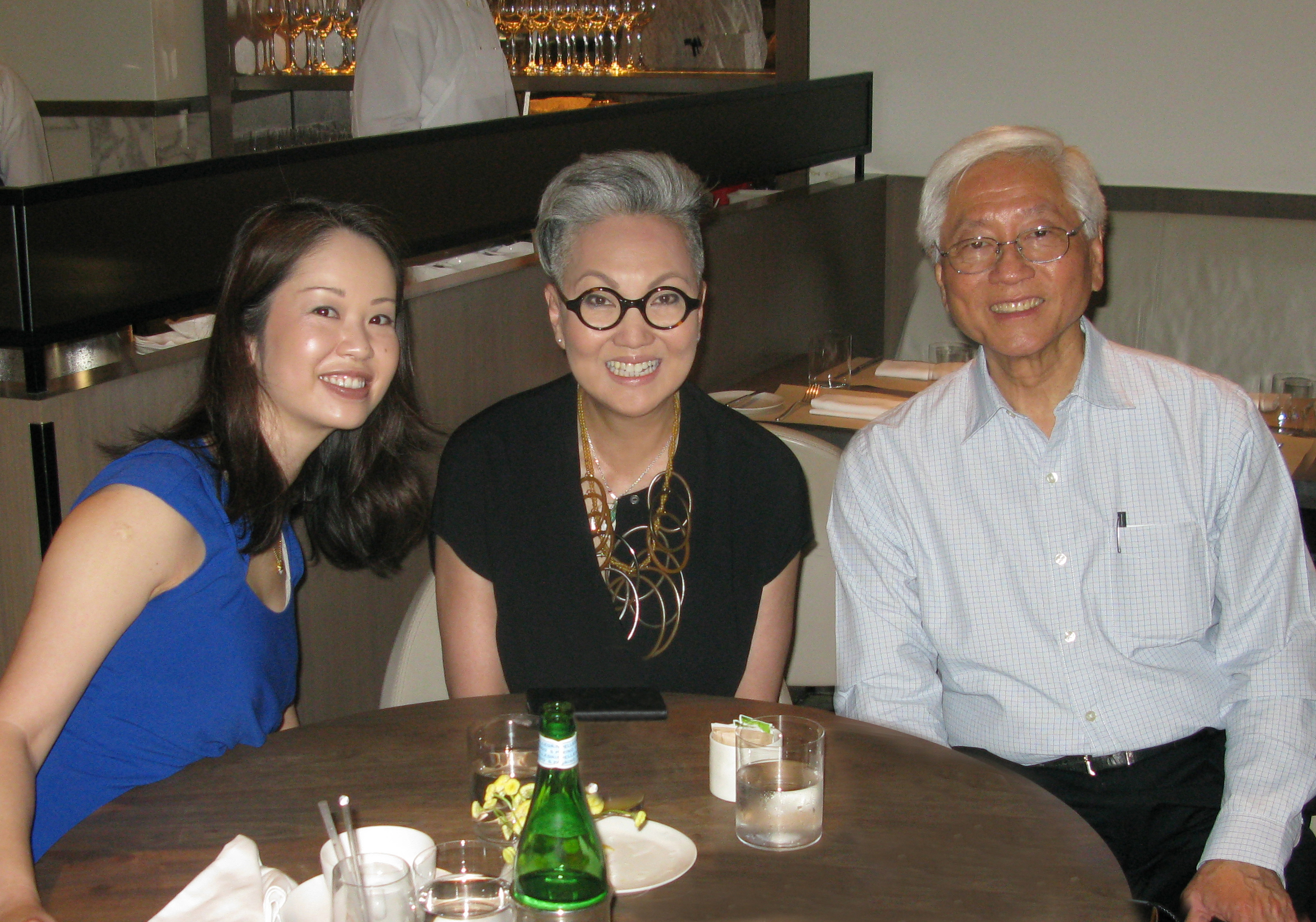